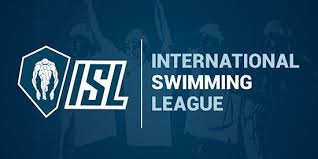 The International Swimming League (ISL) is set to trial a men’s 800m freestyle race this weekend in Budapest.

Eight of the world’s best 800m swimmers will take to the pool at the Duna Arena on Saturday for the energy-sapping race. The event is scheduled for 18.00 CET – after Day 1 of the Grand Final of Season 2020.

It will serve as the appetizer for the much-anticipated final day of this year’s ISL competition featuring Cali Condors, Energy Standard, LA Current and London Roar.

ISL chief executive Andrea Di Nino says: “The 800m freestyle pilot features some of the best swimmers in the world at this distance and the ISL is keen to give them a taste of the atmosphere and excitement of Season 2020.

“We are always exploring ideas for thrilling new races and this is a good opportunity to test new formats for the future. This event potentially adds even more unpredictability, intrigue and excitement.”

He added: “We will analyze the outcome of this test and hold discussions with our stakeholders on different formats for the future.”

The 800m test event is an individual event. The eight swimmers participating are not scoring points for any of the four teams contesting the Grand Final of Season 2020.

There are some familiar faces amongst them, including three swimmers – Mikhail Romanchuk, Felix Auboeck and Zane Grothe – who participated in the regular season of Season 2020.

Participants earn points from their positions at three checkpoints in the race – 100m, 400m and 800m. The winner is the swimmer with most points collected.

Points are awarded on a sliding scale. At the 100m, 400m checkpoints, the first-placed swimmer gets 9pts, second receives 7pts, third placed 5pts, with 3pts awarded for fourth and 1pt for fifth.

At the 800m finish, points are awarded to all swimmers on a sliding scale from 9pts for the winner to 1pt for eighth.

There are also prize money points up for grabs.

The ISL has introduced jackpot times for each of the checkpoints, rewarding the quickest swimmers and penalizing the slowest.

If the swimmer is outside the jackpot time at 800m (15 seconds from the leader), they lose ALL points earned from the three checkpoints, which are ‘stolen’ (redistributed) by those athletes inside the time.

And if the swimmer is outside the cutoff time for the 800m (7:56.00), they receive a penalty of -1 from the total points they have accumulated from the three checkpoints.

ISL organizers believe the 800m race will help grow the attraction of the competition as they look to add innovations.